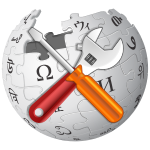 They are bound by policy and consensus only to grant administrator or bureaucrat access when doing so reflects the wishes of the community, usually after a successful request at Wikipedia:Requests for adminship. In the same fashion, they are expected to exercise judgement in granting or removing bot flags with the advice of the Bot Approvals Group. They are expected to be capable judges of consensus, and are expected to explain the reasoning for their actions on request and in a civil manner. Actions by bureaucrats are also bound by the policy on use of administrative rights.

Bureaucrats have been authorized by the community to remove administrator permissions in certain situations outlined below. Bureaucrats do not have the technical ability to remove bureaucrat rights from users or to grant or remove certain levels of access such as oversight or checkuser rights. These actions are performed by stewards, a multilingual group of individuals who serve all Wikimedia projects and are elected and reconfirmed annually by their users. Changes in user rights by stewards are recorded at meta:Special:Log/rights; for more information see m:Requests for permissions.

On the English Wikipedia, there are currently [[Special:ListUsers/bureaucrat|Template:NUMBEROFBUREAUCRATS]] bureaucrats.

Note: Similar to non-administrators closing deletion discussions, Requests for adminship can be closed by non-bureaucrats in certain cases; for example if the user has withdrawn the request or the outcome is very unlikely to be positive (see WP:NOTNOW). Non-bureaucrats should be very careful in the latter case and only close RfAs when they are not in doubt. In such cases the requesting user should always be asked to consider withdrawal first.

For requests for adminship or bureaucratship

For requests for membership in the Bot Approvals Group

Bureaucrats may remove the "administrator" user right from an account in some situations[3]:

Bureaucrats should include a permanent link to the request or relevant policy when removing permissions. If necessary, the affected user should be immediately notified and given a reason for the removal along with advice on seeking the reinstatement of the permissions.

Should the extended confirmed group have been removed from the account since becoming an administrator, it should be restored when removing administrator permissions.

The use of these procedures is not intended to constrain the authority of the Wikimedia Stewards to undertake emergency removal of permissions on their own discretion, or removal following a request from the Arbitration Committee, pursuant to the relevant policies governing Steward actions.

If an editor is verified as having died, all permissions on the account should be removed. Unless the account is suspected of being compromised, it should not be blocked. For Checkuser, Oversight and Bureaucrat rights, which cannot be removed locally, a request to remove those should be posted on m:Steward requests/Permissions#Removal of access. See also WP:DWG.

There are two separate activity requirements applicable to bureaucrat accounts:

In the case that a former administrator or bureaucrat requests their permissions be restored via the bureaucrats' noticeboard:

A Bureaucrat mailing list was established in March 2009,[6] but was retired following a discussion in 2017.[7] It was intended as a convenient way to notify bureaucrats about urgent matters or, on rare occasions, to discuss private matters.

Any issue that is neither urgent nor necessarily private should instead be handled at the appropriate on-wiki venue, for instance at the bureaucrats' noticeboard. For sensitive matters you may contact an individual bureaucrat directly.